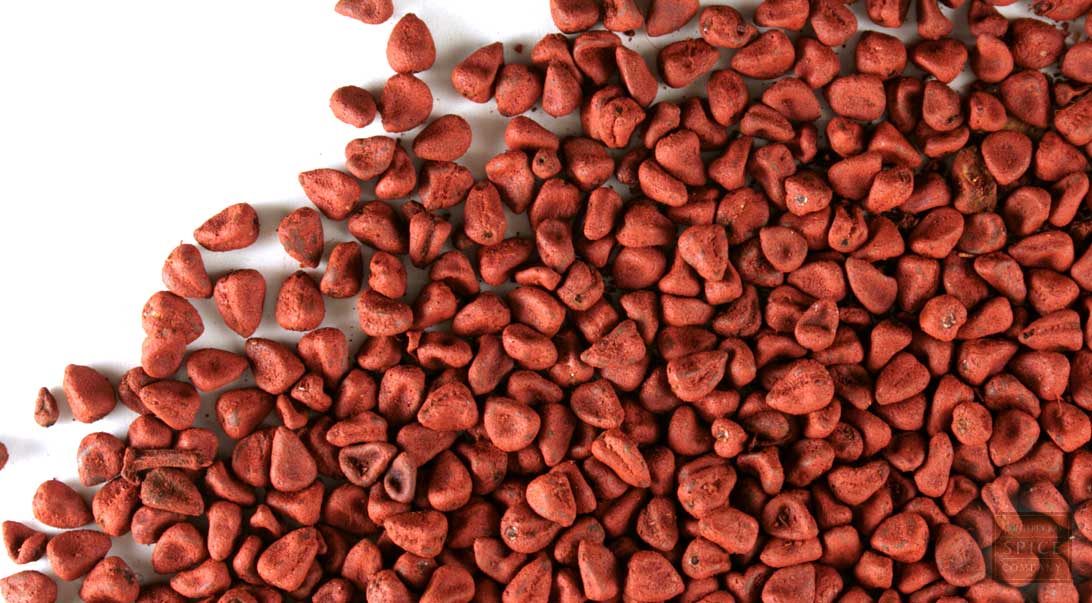 Annatto is a tree native to the tropical areas of the southern part of America. It is widely revered for its fruit seeds, which serve as a natural colorant. In addition to its commercial value, it has also long been used by natives in the southern parts of America as a food dye and textile, as well as in rituals and spiritual ceremonies as an herbal medicine. These are not the only benefits of annatto – there is more to it. It actually has a lot of health benefits!

Annatto: What Is It?

Annatto is actually the food coloring that comes from the achiote fruit seed. This has a wide array of uses all over the world. The achiote tree is a tropical shrub that grows in South and Central America. Its scientific name is bixa Orellana. The tree’s flower is white or pink in color, but the fruit is the most desirable part of the plant. The fruit is made up of brown and red spiky pods, which grow in clusters.

When these pods dry and open, you can see its red seed. This is where the red pigment may be extracted and is also why the achiote tree is also known as the ‘lipstick tree.’ While the strong pigmentation of the annatto makes it beneficial as a natural food coloring, it also has a lot of applications in the field of cosmetics. However, what’s more important is that it has many herbal and medical benefits, too.

Central American and Caribbean cultures haved used annatto for about a thousand years now as a treatment for various illnesses – from mild to severe. This is probably the reason why it is known as one of the ancient superfoods, to a certain degree.

However, it is only recently that the chemical compositions in the annatto have been discovered and studied by professionals. The good thing about this is that they discovered a high concentration of tocotrienols in it. These tocotrienols actually have the same structure and effects of vitamin E. This makes the plant even more powerful!

Here are some of the best health benefits of annatto:

Helps relieve stomach conditions. Annatto is effective in calming an upset stomach. This is because it may function as a stomachic, which is capable of treating heartburn and discomfort.

Helps promote a faster healing of wounds. The annatto seed paste is beneficial in speeding up the healing process of wounds, as well as reducing the appearance of scars.

Helps prevent birth defects. This is one of the best health benefits of annatto. Annatto is rich in folate content, meaning it helps boost the amount of folic acid in the body. Thus, it can help prevent any birth defects in infants. 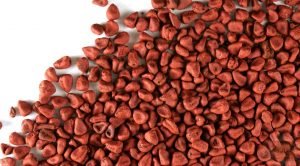 Helps promote healthy digestion. Since annatto seeds have a high fiber content, they help with digestion, promoting the smooth passage of food into the bowels and of course, efficient reception of nutrients.

Antioxidant-rich. Tocotrienols, an organic compound present in annatto, are actually an antioxidant, making it a favorable treatment for various skin conditions. Furthermore, it is also effective in preventing skin aging, reducing the appearance of wrinkles, blemishes and other imperfections.

Helps take care of the eyes. The reason why the annatto seeds are red is because they contain carotenoid. Carotenoid acts as an antioxidant in the ocular system, preventing cataracts from developing and staving off macular degeneration – making your vision stronger for years to come!

Even though annatto has no traces of toxicity, there are some instances of people suffering from severe allergic reactions to it. You must always make sure that you aren’t allergic to it before consuming it. Consulting your doctor beforehand is better than treating a condition in a harmful way.