From squishy, soft marshmallows to fruit-filled, sweet gummy treats, gelatin is really abundant all over the food supply. This is what makes it challenging if you want to limit your animal product consumption or if you are on a vegan diet. Good thing, there is agar agar. This is a food thickener that is mainly plant-based. It is both full of health benefits and is very versatile. Agar agar is not just rich in various essential micronutrients, some evidence also shows that there are a lot of health benefits of agar agar. As a matter of fact, it is beneficial in supporting regularity, enhance weight loss, and promote satiety. Therefore, giving you a lot of reasons to give it a try. Give this article a read and get to learn more about agar agar.

Agar Agar: What is it? 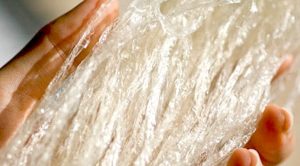 Fascinatingly enough, agar agar is thought to have been developed completely by accident in the year 1658 in Japan. Even though it has its origin in Japan, the term agar agar actually comes from a Malay word –Gelidium. This is a kind of red algae where the agar agar comes from.

Agar or most often called agar agar is a gel-like substance, which comes from the red algae. It is available in bar, flake, and powder form. You can mix it with water and simmer it to act as a thickener for various sauces, soups, deserts, and many more.

Furthermore, agar agar is also a great substitute to gelatin as it is flavorless, plant-based, and is suitable for most of the diet plans. Moreover, it also possess higher melting point than the gelatin. This is what makes it ideal for the use as a solid medium in laboratories.

Additionally, the agar agar also have some benefits in the field of culinary. Not just that, agar agar is also rich in various nutritional benefits. It is actually low in calories, yet high in iron, folate, magnesium, manganese, and fiber. It may also be beneficial in improving the digestive health, aid in weight loss, and keep the blood sugar levels in check.

With the rapid growth on the demand of agar, the production of it has speedily boomed. Japan is the major producer of agar agar, but because of the demand, there comes some expansion in the industry, especially in India, Mexico, Russia, and the United States, throughout the World War II.

In recent times, the agar agar has gained traction for its own health-promoting qualities and value as a vegan substitute for gelatin. Now, they widely use it in desserts, canned goods, jellied products, and baked goods.

Agar agar has a good chunk of fiber, plus a lot of micronutrients, including iron, folate, magnesium, and manganese,

One ounce of the agar agar powder may contain about:

Here are some of the most astonishing health benefits of agar agar: 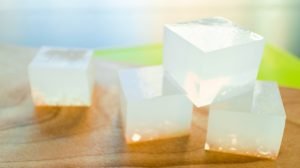 As what I’ve said earlier, agar agar is in a lot of forms. In fact, it is available in the form of bar, powder, or in flake, depending on your preference. The powder form is the easiest to utilize among all the forms of agar agar. It is a great substitute for gelatin, especially for vegan.