Do you know what barley is? It is actually a member of the grass family, and yes, it is edible. Although not as popular as oats, barley is touted as the “King of Cereals.” Barley is popular because of its water and seeds and can be added to stews, salads, soups and curries. However, this is not the only way that barley is beneficial; it is also good for the health. In fact, its health benefits are many and wide-ranging. Keep reading this article to learn more!

Barley: What Is It? 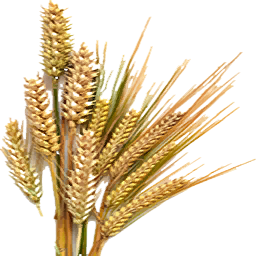 Scientifically, barley is known as Hordeum vulgare. A member of the grass family and a major cereal grain, it is widely grown in various temperate climates all over the world. Furthermore, it is one of the earliest cultivated grains, specifically in Eurasia, having been cultivated as early as 10,000 years ago.

Barley has been utilized as an animal food, as a component of some healthy foods and as a fermentable substance for beer and other distilled beverages. Additionally, as stated earlier, it is also useful as an addition to stews, soups and salads. Barley is commonly made into malt in an ancient and traditional method of preparation.

Various types of whole grains, including barley, have rapidly been gaining popularity over the past few years. This is due to some of the health benefits they might offer. Whole grains are very important sources of vitamins, minerals and dietary fiber, which are not commonly found in enriched or refined grains.

Each of the different types of barley has different uses. Continue reading to understand which form of barley is the best for you.

Here are some of the most staggering health benefits of barley:

Barley isn’t just the typical grass you see on farms. It is also beneficial to the overall health.