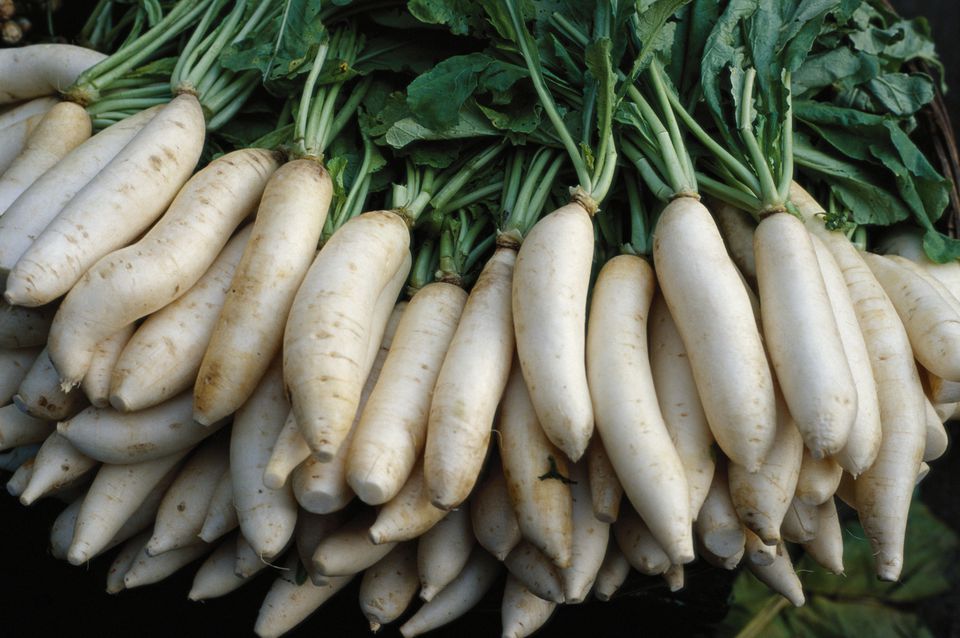 Root crops are actually a group of plants which have tubers on the stems underground or on the side roots. These tubers are used for fodder, food or in the manufacture of raw materials. Root crops, which are generally native to the Solanaceae and artichoke families, are essential in various meals. They range from pungent to sweet and appetizing, and one of the more palatable ones is a radish. Not only are radishes deliciously tasty, they are also oozing with many health benefits which affect the overall health. Keep reading this article to learn more!

What is a Radish? 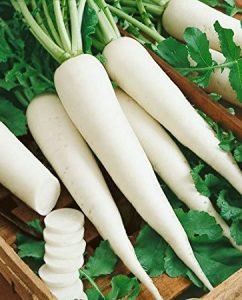 A radish is a root vegetable or root crop that has a white flesh resembling the texture of a turnip. Similar to other members of the cruciferous family, such as cabbage and broccoli, radish also contains a characteristic oil, which is the source of its pungency. Scientifically, radishes are known as Raphanus sativus, part of the Brassicaceae family. In various parts of the world, particularly in Asian markets, it is known as daikon.

Radish has expanded into many varieties, each with their own distinctive appearance. Examples include the watermelon radish and black radish. They range in colour from red to white, grow anywhere between an inch and 3 feet in length and weigh between 1 ounce to 100 pounds. Their pungency can be mild, sharp or somewhere in between. Like other root crops, radish is capable of producing green leafy tops, which are edible and may add a peppery taste to salads. In fact, you can eat the seeds, pods, flowers and leaves of radish!

Radishes were first cultivated in China many years ago and have since slowly made their way to other parts of the world. In fact, in much earlier times, a many of the health benefits of radish were highly regarded by Greek and Egyptian cultures. The radish was held in such high regard by the Greeks that they even made replicas!

Maybe you’re wondering what’s so special about it. Well, radish is oozing with so many vitamins and minerals, as well as other nutrients beneficial for the health. Read more below.

Here are some of the most staggering health benefits of radish: 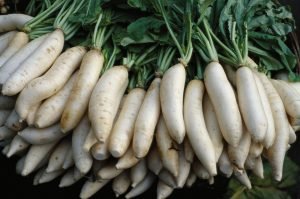 Truly, radish is very healthy. So, the next time you want to make a healthy meal for yourself or for your loved ones, choose radish.