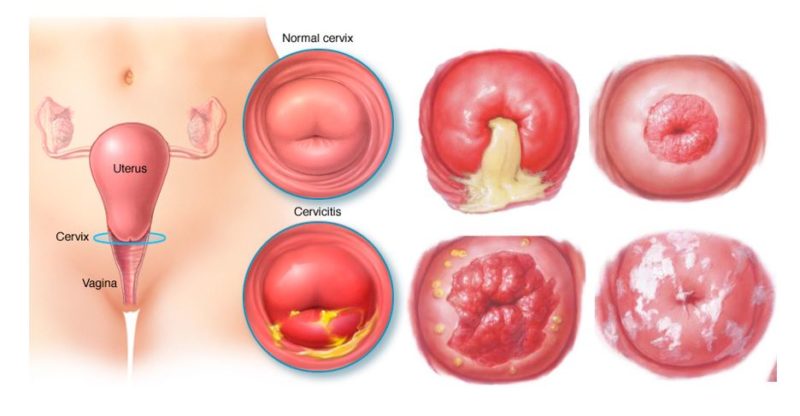 Cervix as we know is the lowermost end of the uterus, which gives way to the vagina. This is where the inflammation takes place, thus causing cervicitis. The condition of having cervicitis is actually quite common. In fact, there are a lot of factors, which may contribute to the onset of it. These include allergies, physical irritations, chemical irritations, as well as various infections. This condition in particular is very sudden and needs attention immediately. Hence, having enough information as well as the treatments for cervicitis is very significant. This is not just to relieve the condition, but to also feel better and live a longer and stress & disease-free life.

Cervicitis: What is this condition?

The term cervicitis is used to describe the sudden inflammation of the cervix. As stated earlier, the cervix is the part of the uterus that opens up into the vagina. There are a lot of factors that may contribute to the onset of the condition. Furthermore, there are lots of women all over the world that have the condition. however, some don’t know that they have already been infected because they don’t see any symptoms of it.

The condition is actually very common. In actual fact, more than half of the women all over the world may develop this condition in their adult lives. The treatments for cervicitis may include surgery as well as antibiotics. If cervicitis is left untreated, this (infectious cervicitis) may progress to various complications related to giving birth, cervical cancer, spontaneous abortion, chronic pelvic pain, ectopic pregnancy, infertility, and pelvic inflammatory disease.

More commonly, cervicitis is because of various infections than non-infectious causes. Furthermore, there are also some more things that may cause it, like the following:

More commonly, the condition has no signs or symptoms at all. In fact, you will just be able to know that you already have the condition when you have undergone some pelvic examination by your doctor. However, here are some of the most common signs and symptoms observed with those who have the condition:

Here are some of the factors that may increase the risk of cervicitis: 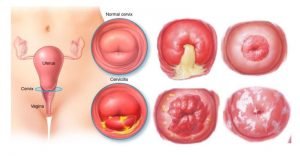 The condition may progress for years and can be complicated by the inflammation of some of the neighboring pelvic organs. The inflammation of the ligaments, which supports the pelvic organ and the uterus may cause menorrhagia, dyspareunia, dysmenorrhea, and abdominal pain. Cervicitis may also get complicated and may lead to salpingitis and chronic urinary tract infections.

The chronic inflammation of the cervix may lead to cervical stenosis, which may also lead to infertility. Furthermore, enduring irritation may also contribute to the onset of cervical cancer. the chronic cervicitis is actually not the cause of cancer, however, this may promote the appearance of it. Hence, the treatments for cervicitis may also be a good fighting agent for cervical cancer.

The treatments for cervicitis is actually a two-stage treatment. The first one actually consists of medical treatments, which are etiologic. This goal to get rid of the infection. On the other hand, the next stage is the use of the surgical procedure, this includes either of the following:

All of these may help in destroying and removing the tissues that have been modified. It is very important to take note that the symptoms of cervicitis may improve several days after having medical treatments. Moreover, this also does not coincide with the desertion of the tissue changes, thus completing the treatment is a must.