It is very popular among people that laughter really is the best medicine. If you are facing a problem, upon hearing a funny joke, you will laugh and you’ll get over that problem –at least, for a short while. However, did you know that there are some other health benefits of laughter? Yes, you read it right –laughing is very good for the health. In fact, laughter is essential in reducing the stress hormones and the blood pressure levels. And increase the oxygenation and blood flow to the cells and the organs. Furthermore, laughing is capable of providing a natural workout for various muscle groups, may defend against conditions, and even raise the response of good tumor and disease-killing cells all over the body. It is also essential in increasing intelligence, memory, as well as creativity. If you want to learn more about this, give this article a read.

The Nature of Laughter 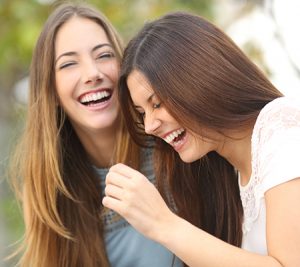 Laughter is actually a natural response to the stimuli that our very own personalities find funny, whether it is in the form of memories, physical sensations, sounds, or images.

Moreover, the physical response of the laughter is so fast. After the sensors are being exposed to something that’s funny, an electric current may run through the nervous system up to the cerebral cortex. The left hemisphere’s higher brain functions decode the words as well as the syntactical structure in an analytical approach to that information. On the other hand, the more creative right hemisphere is what understands the humor, or gets what’s funny about a particular stuff.

Moreover, the visual center of the brain will then form an image of that humorous idea, while the emotional system releases the chemicals, which improve the moods or promote the feeling of happiness. Finally, the motor function is what makes us laugh, smile, etc.

By way of seeking out some humorous situations or participating in the activities, which will stimulate laughter, you’re giving the body a chance to exercise the diaphragm, as well as the abdominal, back, leg, and facial muscles. Furthermore, the adrenaline and cortisol levels in the body that are considered as the stress hormones may be reduced via laughter, thus adding to the overall health. Moreover, the increase in the respiration also helps in the oxygenation of the blood that is flowing to the brain and the rest of the body.

Humor is also one of the best ways to increase information retention in the professional or academic settings due to the higher number of mental connections between the emotional and informative responses. The number of T cells and Gamma interferon, which are the tumor and disease hunters of the body, rise via the regular amounts of laughter, as well as some other illnesses like the common cold and infections, may inhibit and reduced if laughter is a regular part of your life.

In a more general sense, laughter is a great painkiller and is essential in reducing anxiety and stress of various physical illnesses via the same biological process drawn above. Moreover, laughter is a social mechanism as well, wherein we make friends. We often laugh at some other people laughing and throwing jokes with each other. Laughter’s social phenomena is actually a vital aspect of humor. Nevertheless, the connection of it to the health isn’t hugely studied and might be more suitable to the anthropology, rather than the health and the nutrition.

Here are some of the most bewildering health benefits of laughter:

Truly, laughter can keep the doctors away.