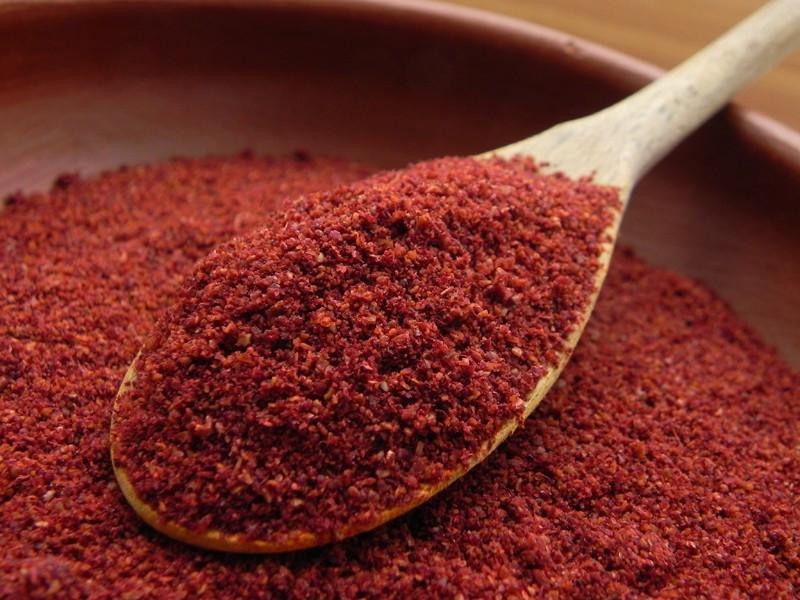 Have you ever heard of the spice sumac before? It has a tangy, lemon-like flavour and a vivacious red hue. It is a star ingredient and deserves a spot in each spice cabinet. Aside from adding flavour and colour to various dishes, it is also associated with a variety of health benefits. If you want to learn more, keep reading!

Sumac: What is It? 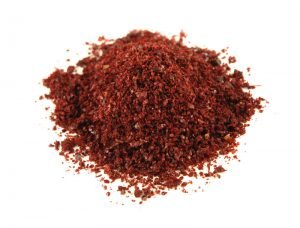 Sumac is derived from the plant of the same name, native to the Middle East and South Asia. Part of the Anacardiaceae family the the Rhus genus, sumac is one of many small shrubs which yielf bright red fruits called drupes. While these plants are grown all over the world, they are most common in North America, Africa and East Asia. Other varieties of Rhus shrubs include the fragnant sumac, smooth sumac, African sumac and staghorn sumac. The standard sumac plant from which we get the spice is actually native to the Middle East and South Asia. It is known for its red berries which, when ripe, are a nutrient-rich food source for local wildlife.

The sumac spice is a derovative of dried and ground berries. It is frequently used as an ingredient in other spice blends, such as za’atar, as well as traditional Middle Eastern Cuisine.

If you’re wondering what it tastes like, it is actually pretty unique. People usually describe it as slightly fruity and tangy, similar to a lemon, but it brings a unique flavour to dishes.

Like any other healing spices and herbs, sumac is low in calories but high in vitamin C. This provides a burst of significant antioxidants to help fight disease and optimize health. Sumac is also high in flavonoids and polyphenols, like quercetin, kaempferol, methyl gallate and gallic acid. The tannins in it act as antioxidants and may possess anticancer properties.

The medicinal properties of sumac have been recognized for over a thousand years, primarily in the Middle East and South Asia. In holistic medicine, it is used to treat various illnesses, including asthma, colds and diarrhea. It is also sometimes used as a natural diuretic, essential in detoxification. Specifically in the regions in the Middle East and South Asia, where they are commonly grown.

Here are some of the most interesting health benefits of sumac:

The sumac plant used to get the spice is not the same as the sumac poison plant, which is a close relative of poison ivy and contains the same irritant: urushiol. Always refer to a professional if you are unsure which type of plant you have.