A cat and a fish combined. Can it be? This is catfish, found abundantly throughout the planet and oozing with health benefits. Read on to learn more!

Catfish: What Is It? 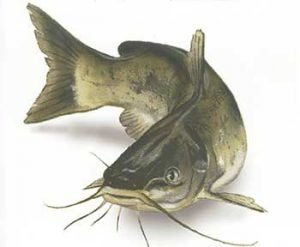 Scientifically known as the Siluriformes, catfish are a diverse group of over 3,000 ray-finned fish found everywhere except Antarctica. They thrive in freshwater ecosystems like streams and rivers, although some have adapted to live in caves and salt water.

Catfish are actually one of the most farmed fish, primarily due to their popularity and high consumption levels. In fact, some types of catfish, such as the Mekong catfish, are now endangered due to water pollution and overfishing.

You may be asking why they’re called catfish, as they obviously don’t look like cats. However, they do have a strong set of whiskers, which sets them apart from most other fish types. Catfish also have no scales, and the mucus on their skin is used in cutaneous respiration, wherein the fish breathes through its skin. Some types of catfish have bony platelets called scutes to protect their skin, while others have a sort of body armour to protect themselves.

The catfish mainly live in freshwater, but saltwater types also exist. Their taste is mild, and they are low in fat. Their skin is also edible, but it must be removed before cooking.

The following are the different types of catfish:

One ounce of wild, raw catfish has:

Here are some of the health benefits of catfish:

Catfish is not just a delicious fish, it also has astounding health benefits!