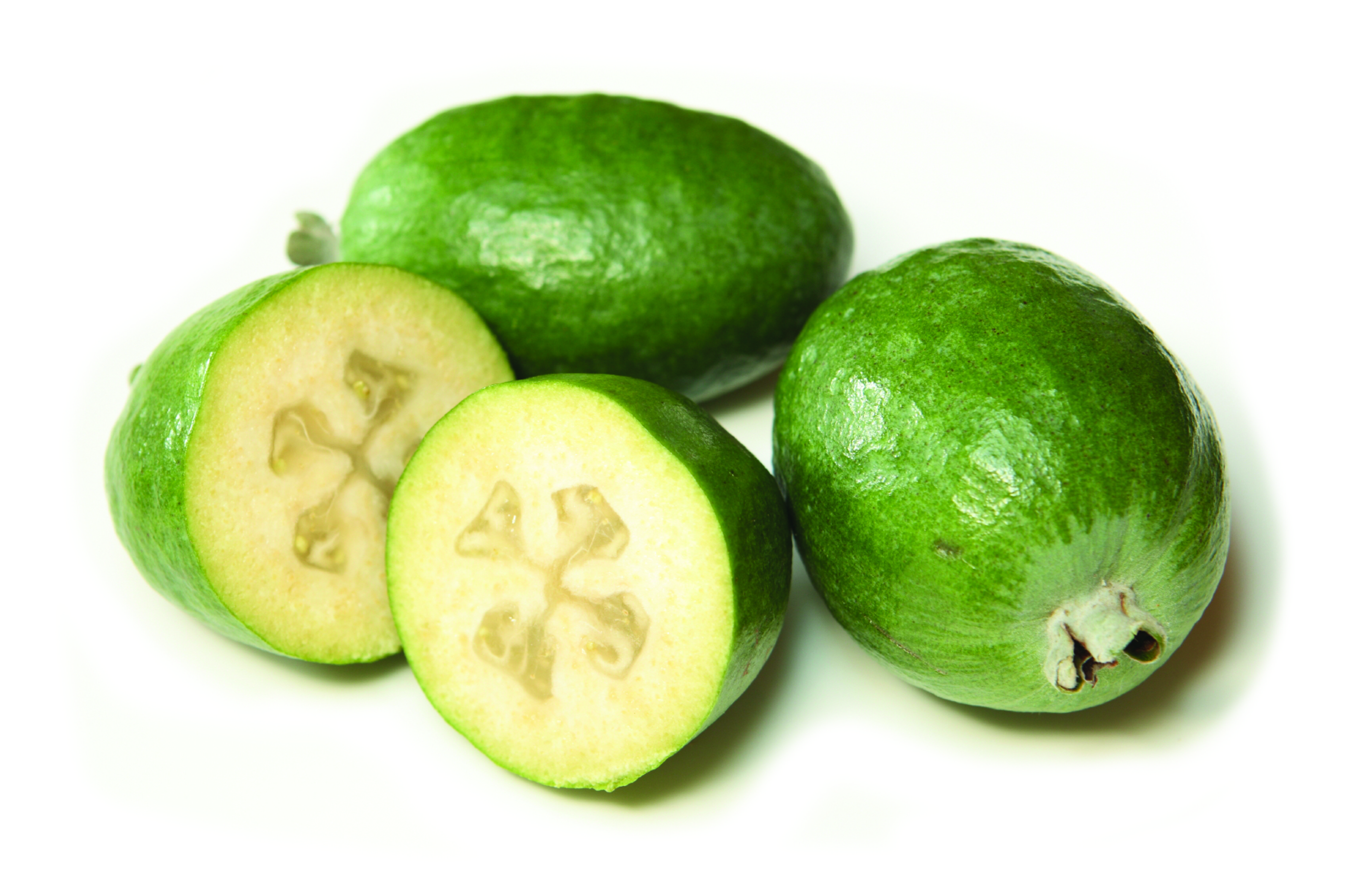 Have you ever heard about a fruit that is actually a combination of two other fruits? Confusing, isn’t it? But this the case with the pineapple guava. Yes, you read it right, pineapple guava. This fruit is also known for by the name, Feijoa. Its name is unique and astounding, isn’t it? But hey, there’s more to that! The health benefits of Feijoa are astounding as well. 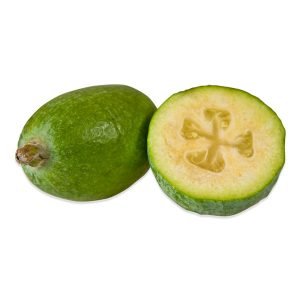 Feijoa is a fruit that is also known as the pineapple guava. It is scientifically called Acca sellowiana. The feijoa plant is actually a shrub /small tree that is native to the regions of South America. These regions include the countries of Colombia, Argentina, as well as Brazil. Moreover, it is now cultivated widely because of its sweet-tasting fruit (and for some ornamental purposes).

Feijoa, or pineapple guava, is green in color and is ellipsoid in shape. Its size is roughly about that of a small avocado or a plum. Moreover, it has an impressive and unique flavor that has amazing nutrients and also has a number of different applications in the culinary field. There are various ways in which you can use the fruit, on what you can do with the fruit, including in simmered fruit dishes, desserts, cocktails, chutneys, and smoothies.

As its common name suggests, pineapple guava has the taste of both guava and pineapple. In fact, the flavor of the fruit is so unique with a bitter and tangy taste, alluding to both flavors of pineapple and guava. However, the fruit also has a hint of strawberry flavor.

To guarantee the most amazing flavor of feijoa, the fruit itself must be harvested a day before it would otherwise drop. Why? Because this indicates the ideal ripeness of the fruit. Before this, the taste of the fruit is quite bitter, but when the fruit drops, it may speedily become overripe and get too nasty and old to eat.

Whether you’re to eat feijoa for its health benefits or for its striking taste, you’ll be able to benefit from its nutritional content. There are only about 55 calories in the fruit per 100 grams serving. This is relatively low for a fruit. Furthermore, Feijoa also has a significant amount of vitamin C. In fact, each serving contains more than 50% of the daily recommended amount of vitamin C. Not only that, but it also contains a selection of various B vitamins as well as vitamins A, K, and E.

When it comes to the mineral content of the fruit, it has adequate levels of calcium, iron, potassium, magnesium, manganese, and copper. Furthermore, just one serving of Feijoa contains 15% of the daily recommended amount of dietary fiber. This is in addition to its antioxidants, phenols, and phytochemicals.

How to Consume Feijoa?

The pineapple guava’s skin is actually edible. There are some that choose to cut feijoa in half, just like in avocado, and then remove its seeds. Some also scoop the sweet and soft flesh out with a spoon. But, what some don’t know is that simply cutting the fruit into two and eating the skin along with the flesh provides more dietary fiber than just scooping the fruit out and avoiding the skin.

The skin of feijoa actually tastes bitter, so if you want to have a much sweeter snack, then take away the skin entirely

Since feijoa fruit get ripe very rapidly, there may be a slight brown color as well as discoloration near the center. When this happens, the flesh is still perfectly fine to eat.

You’ll want to avoid eating feijoa when half of the innards are already brown, as by this point, it may have begun to spoil.

Here are some of the best health benefits of Feijoa: 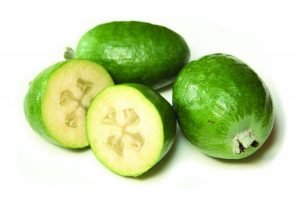