A bite of a mosquito can be something that is much more austere if it gets infected with the West Nile Virus or what they call WNV. We know that mosquitoes transfer various types of viruses by biting their victim. Actually, mosquitoes may also carry the West Nile virus. When they bite an animal that is infected and bites a person, the virus may transfer in an instant. However, not all who get infected by the mosquito bite gets the disease. This condition can be disturbing and quite alarming. So, it is just right to know and understand the different causes, symptoms, as well as the treatments for West Nile virus. if you want to know all of these and more, feel free to read on this article.

West Nile Virus: What is this condition? 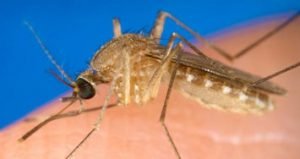 West Nile virus or the zoonotic arbovirus was actually first known in East Africa more than 70 years now. Furthermore, it was largely localized in those areas until in the 1990’s. This is the time when the virus has begun spreading all throughout Europe, Asia, and the Americas. The main carrier of the virus is the mosquitoes. Since mosquitoes are small insects, it is hard to prevent them from spreading the virus.

Even though not all the cases are serious and not all are vulnerable to the disease, it may be fatal in various cases. In fact, there are about 280 people who died in the United States when there is West Nile virus outbreak in 2012. Not only that, there is no certain vaccine for the virus as well. Prevention is still the best protection for it.

There are about 80 % of people who are infected by the West Nile Virus that will not show any symptom. Furthermore, there is up to one percent of those who get infected by the virus become ill having the serious and potentially deadly complications.

The WNV or West Nile Virus used to exist only in some tropical and temperate area. However, in the year 1999, the infections suddenly appeared in New York. It is at this moment that it has already spread across almost all of the United States. Thus becoming a notifiable condition.

If you happen to acquire the West Nile Syndrome, you will most probably display the first symptoms within 2 to 14 days after getting bitten. The symptoms of the West Nile virus may vary in severity. The severe symptoms may include:

The infected mosquitoes are the usual causes of the virus or the condition. In some rare cases, pregnancy, breastfeeding, organ transplants, as well as blood transfusions may transfer the virus and spread the disease. The West Nile virus cannot be transmitted by kissing or by touching another person.

Whoever is bitten by a mosquito that is infected may get the virus. however, in less than one percent of the people who are bitten may develop some life-threatening or severe symptoms. One of the most weighty factors that may increase the risk of West Nile Virus is the age. The older you are, the more vulnerable you are from the much severe symptoms.

Some medical conditions that may increase the risk of many severe symptoms may include: 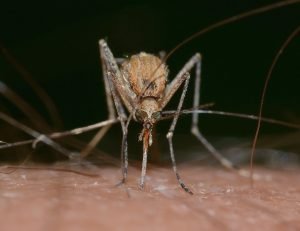 Since WNV is a viral condition, it doesn’t have a cure. However, you may take some over the counter medicines to relieve the pain. These pain relievers include aspirin or ibuprofen. This is to be able to relieve the symptoms of the condition, just like headaches and muscle aches.

If you happen to experience a swelling in the brain or some other severe symptoms, your doctor may give you some intravenous fluids and various medications to reduce the risk of the infections.

Researchers are currently working on some various treatments for West Nile virus like the interferon therapy. This aims at using substances that are produced by the immune system in treating encephalitis in those who have WNV. Furthermore, the research is not decisive in the use of these therapies, but it is a fact that the studies are promising.

Some other potential treatments for West Nile virus include:

Moreover, your doctor may tell you one or more of the above-mentioned treatments if you have symptoms that are severe and if you have encephalitis.