There are various conditions that may affect the movements or mobility. One of which is dystonia. This is a movement disorder wherein the muscles pact reluctantly, triggering twisting or repetitive movements. This condition is quite serious and needs a thorough understanding. This is why this article is here on the internet. This will let you understand more about the causes, symptoms, as well as the treatments for dystonia. Read on to know more. 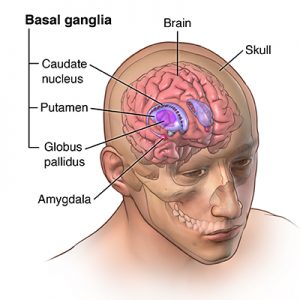 Dystonia is actually the general term for a much larger group of movement conditions, which vary in their own symptoms, progression, causes, as well as treatments. This particular group of neurological illnesses is characterized generally by the involuntary contractions of muscles. This forces the body into some abnormal and sometimes painful; movements or positions. Furthermore, the contraction in the muscles may be sustained or may come and go.

Moreover, the movements may have a pattern or may twist, or in various cases quivering or shaking. The condition may also occur may get worse when a certain individual attempts to do some voluntary action.

Furthermore, dystonia disrupts the ability of the nervous system to allow the brain, as well as the muscles to communicate well. The ability of the body to control the muscle movements is quite complicated and may involve various areas of the brain. Moreover, the particular area of the brain that is believed to be affected by the condition is the basal ganglia. This part of the brain is the deep region, which monitors the speed of the movement, as well as control the unnecessary movements.

Dystonia may affect one muscle, a group of muscles, or even the entire body. Furthermore, dystonia may affect about 1% of the total population. Additionally, women are way more prone to the condition than in men.

Here are the types of dystonia:

Most of the cases of the condition don’t actually have a certain cause. The condition may seem to be in connection with a particular problem in the basal ganglia. The problem here actually involves the way the nerve cells communicate with each other.

The developed dystonia is due to a damage to the basal ganglia. This particular damage can be a result of any of the following:

Furthermore, stress or fatigue may also bring on some symptoms. It may also cause them to get worse. Those who have the condition may often complain about the pain and the exhaustion due to the constant muscle contractions.

Here are some of the tests and procedures that may help in determining what type of dystonia do you have:

Here are some of the most common treatments for dystonia: