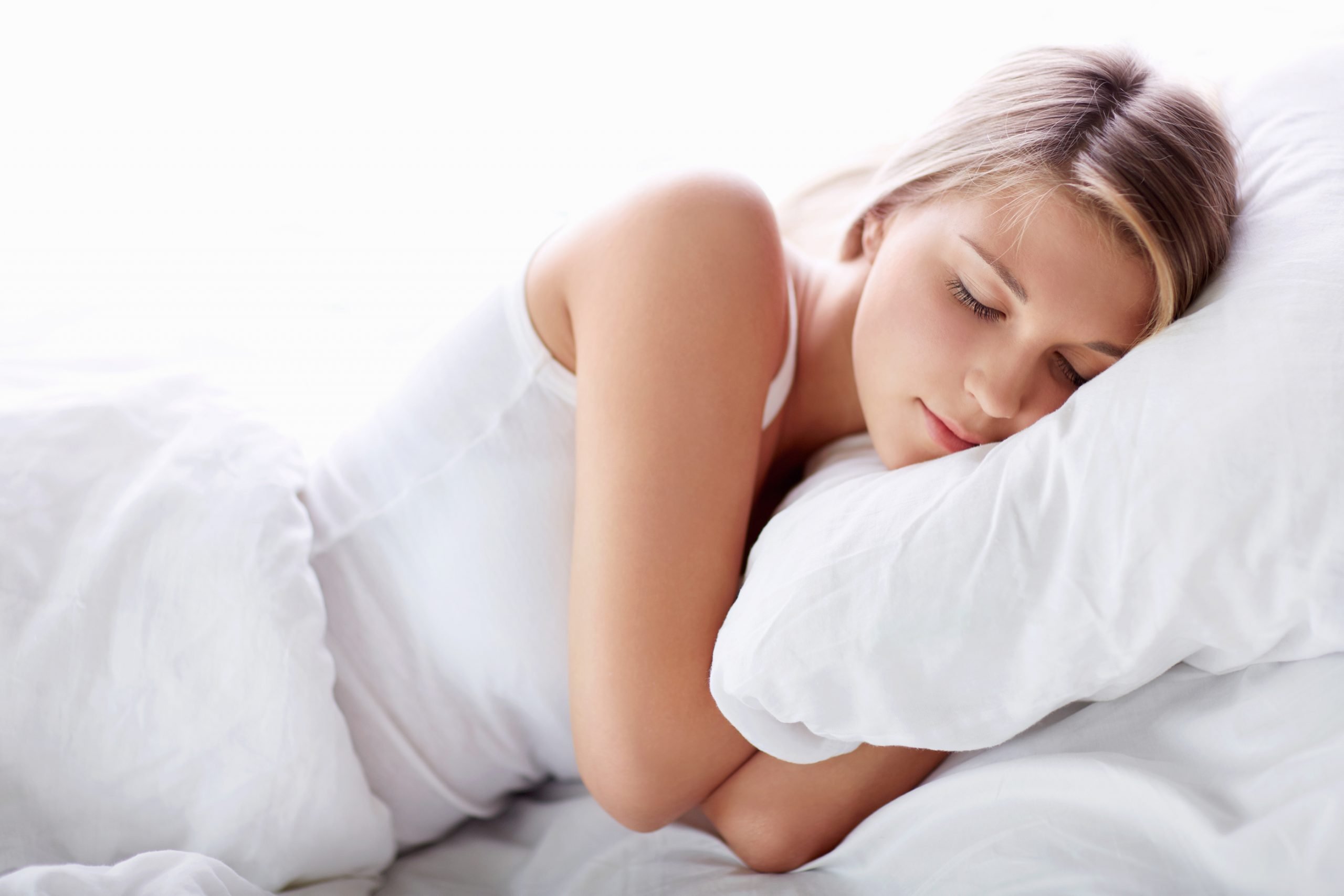 Sleep is something we all do every day from birth till death but surprisingly we never give it any thought. On an average a person sleeps about one third of his whole live.

Humans and animals all need to sleep to be able to function. From humans who need at least eight hours sleep to stay on top of the game to a giraffe that needs less than two hours sleep is really weird and here are a few weird facts about it.

Sleep paralysis is when a person wakes up and is unable to move which makes the line between being conscious and dreaming very blur. Most of the time the person who is suffering from an episode of sleep paralysis wakes up with the feeling of not being alone and many people claim that they see demon like or disturbing figures in the room. People who frequently suffer from it may see the same figure repeatedly. Disorders such as narcolepsy which interfere with the normal sleeping pattern can make the episodes of sleep paralysis more frequent. 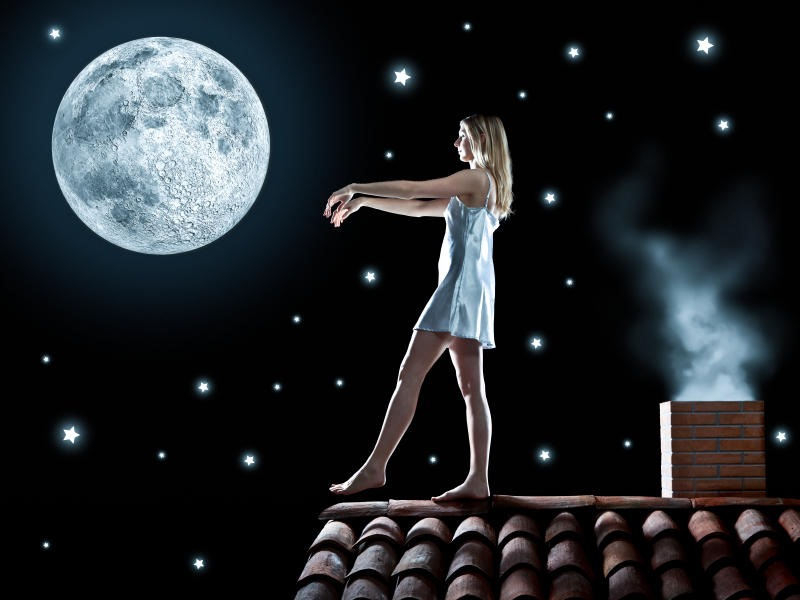 As with each passing day life becomes more and more advance believe it or not so is sleepwalking. In old times a sleep walker would get up in the middle of the night and wander out of the room. But today sleep texting and sleep emailing can also happen. So if you get a weird text from someone you know in the middle of the night and the next day you ask them and they don’t remember sending it, there is a chance that they might be telling the truth.

3. Counting Sheep Does Not Work

Counting sheep is an idea that goes back to ancient times but it really does not work. The concept began with actual sheep counting. It is said that the shepherds who used to watch their sheep at night would keep counting them to make sure they were all there and that no predator had snatched them away, eventually they got so tired that they fell asleep.

The saying just got stuck but has no effect on a normal person the way it did on the shepherds. The idea behind it is to involve your brain in a monotonous task that would keep the stressful thoughts out. But the problem is that it is so boring that while counting thoughts will start pouring in. Instead you may try to think about something that is relaxing.

Sleep deprivation is something that we all go through in our lives. There are times when you feel deprived of sleep and you feel cranky and irritated. But that is not what we are talking about here. Long term sleep deprivation is a lot scary. A few days without sleep can make you hallucinate, get high blood pressure and memory loss apart from the short term affect such as being depressed or irritated. Voluntary or in voluntary long term sleep deprivation can cause random moments of loss of consciousness, weight gain and it can even cause permanent damage to the immune system.

5. Sense Of Smell Changes During Sleep

Smoke alarms or fire detectors are the basic safety equipments, but do you know why they are so important? Although the smell of smoke is so distinctive that you cannot miss it and would know pretty soon that there is a fire. However when we are sleeping our ability to react to smells is not the same as it is when we are awake, it changes and unlike sounds smells would not wake us.

A study was conducted by Brown University which showed that the volunteers who were exposed to different kinds of smells during sleep showed absolutely no response to different kinds of smells which ranged from peppermint to the smell of house fire smoke. Even when they were fitted with a chin strap to force them to breath only through nose and were exposed to strongest of smells they showed no reaction once they had fallen into deep sleep. The same study showed that in comparison to smell, sound can wake up a person even from the deepest sleep.

6. Alcohol Does Not Help You Sleep Better

Alcohol can make you drowsy so one might get the idea that it will help you sleep. Unfortunately the effect is worse than it would be without alcohol. Studies that have been conducted regarding this have come up with some pretty disturbing news for those who think alcohol helps them to sleep. Alcohol initially makes you sleep faster and deeper but the difficulties come later in the night. REM sleep (rapid eye movement sleep is the phase of sleep in which the movement of eyes is random, the tone of muscle is low throughout the body and due to the natural inclination of the sleeper he dreams vividly) after two drinks can be greatly reduced. They can also wake up more often. Those who do fall into a REM sleep will more likely get nightmares and ultimately can wake up again and again due to the nightmares. Alcohol can also make pre existing conditions such as insomnia, sleep apnea and acid reflux much worse.

Scientists in the early times had a pretty difficult time in figuring out why we sleep. Among the first theories that came from the Greek writer Alcmaeon, he stated in his theory that sleep happens with the blood flow in the body. When the blood vessels carry the blood away from the skin towards the core we fall asleep till the process is reversed. 100 years later Aristotle started working on his theory. According to him sleep was the opposite of waking and was centred on the heart and it had close connection with digestion. His hypothesis said that the process of digestion made a person sleep and when it finished he would wake up.

8. We Are Programmed For Two Sleeps

There are people that cannot sleep through the night but that is pretty normal, in fact it is a more correct way of sleeping rather than those who insist on a straight eight hour sleep. Till the 17th century sleep patterns were quiet different, people had two sleep pattern. Between the first and second sleep there was a period used for a little downtime like reading or praying.

Studies showed that the two sleep pattern is more in tuned with what our body wants. That is the reason why many people wake up in the middle of the night. Thomas Where a psychiatrist regulated the amount of darkness for a whole month to which people were exposed and found out that the natural sleep pattern of people closely reflects that two sleep sequence.

So why is it that we don’t have our natural way of sleeping anymore? The reason is the advent of electric lights. The exposure to light has changed. That is why our pattern of sleep has also changed.

9. Moon Can Keep You Awake

Moon has all kinds of folklore around it. Studies however show that though the moon cannot make you go crazy it can make you lose some sleep.

In Switzerland a study was conducted by the University of Basel in which the researchers observed the soundness of the sleep of the volunteers during the different phases of moon. The study showed that on an average, when the moon was full, it took the volunteers five minutes more to fall asleep and their sleep cycle was reduced by twenty minutes. Surprising as it may be the volunteers were observed inside a close laboratory and could not see the moon. This fact rules out the possibility that the moonlight kept them awake and supports the idea that there is something else that works on our body during full moon.

Well it is true? We are no closer to knowing why we sleep than Alcmaeon and Aristotle were. There are theories but there is no confirmed reason. The problem is that sleep is a need just like eating and drinking but we don’t know what else it does apart from not making us tired.

This post  was written by marry jojo of top10bestlist.com