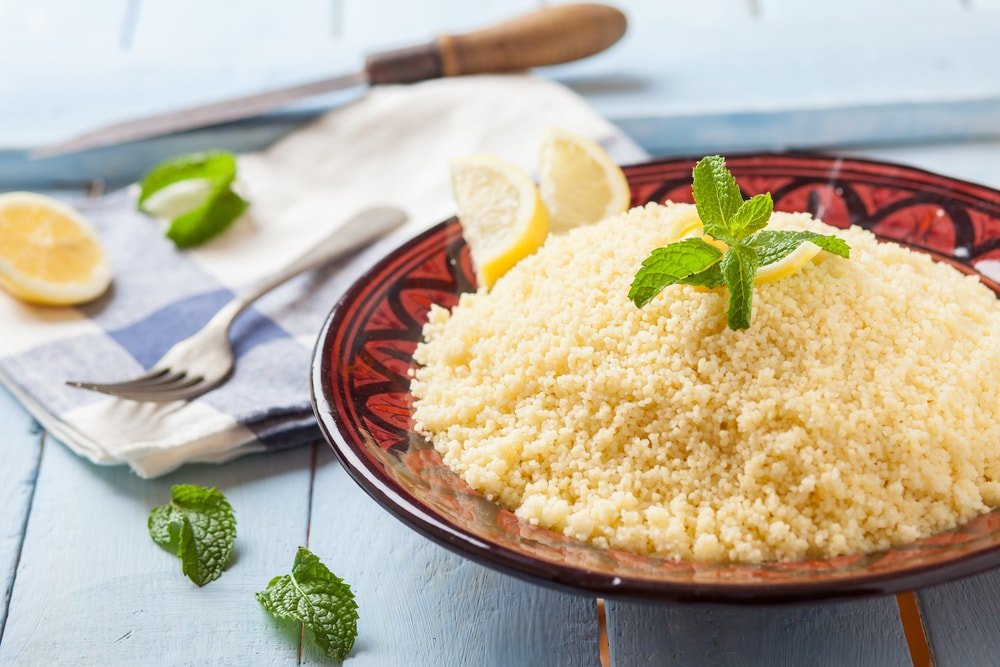 Couscous is not just a food that you can eat whenever you crave it. This delicious food is also a home to numerous health benefits, including its ability to promote regular metabolism, prevent bacterial and viral infections, increase heart health and prevent various types of cancer. Additionally, it is also beneficial in boosting the immune system, building muscles, healing wounds, helping with weight loss, improving digestion and controlling fluid levels in the body. 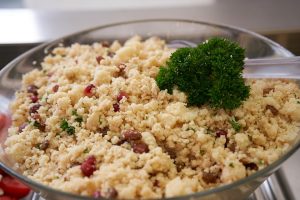 Couscous, a traditional food native to North African cultures, appearing as early is the 13th century. Later, reports state it became a staple in food in the Middle East and Turkey.

Couscous consists of minute balls of semolina flour or durum wheat. Couscous is frequently mistaken as a grain, but it is actually the same dough used to make different types of pasta. To prepare couscous as a more filling and fundamental meal, you simply need to add hot water and let it fluff up.

Couscous is usually available in its natural form in the Meditterranean region and various countries in Africa. Other countries, such as Britain and the United States usually get it in a prepared or pre-steamed form, which only needs a small amount of water to fluff up. Couscous is commonly used in the same way that we use pasta or rice, but you can also prepare it with sauce, salads, vegetables or meat. However, the dish is most commonly incorporated into stews.

A one cup serving of couscous contains approximately 176 calories, which is about 8 percent of the standard daily calorie intake of 2000. This is a far less amount of calories than a cup of quinoa or rice, which has about 254 and 205 calories per cup, respectively. 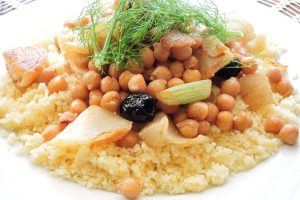 A cup of couscous also contains 6 grams of protein, or approximately 12 percent of the daily protein intake. Other grains usually provide much lower levels of protein, but let us not forget that protein is beneficial for building muscleand sustaining energy after exercise.

The carbohydrate content of couscous actually makes up the majority of its calories, amounting to 38 grams per cup. Some institutions recommend consuming 130 grams of carbohydrates a day to maintain optimal energy levels.

The health benefits of couscous are mainly due to its nutritional contents. Some other nutrients in couscous include manganese, folic acid, niacin, thiamin and selenium.

Here are some of the best health benefits of couscous:

Regulates metabolism. The rich protein content of couscous is good for the regulation of metabolism. It is beneficial in preventing various illnesses.

Improves digestion. A single cup of couscous contains 10 percent of the body’s fiber needs. This makes it beneficial for properly digesting food and promoting gastrointestinal health. It also helps bulk up bowel movements and stimulate peristaltic movement, the smooth muscle contraction that helps move food through the digestive tract.

Helps with weight loss. Since couscous only has 200 calories in every cup, it is good for those who want to lose weight through dieting.

Helps heal wounds faster. Couscous is beneficial in treating wounds quickly. This is due to its high level of protein, which is responsible for repairing both external and internal wounds.

Improves muscle mass. Selenium is one of the most important nutrients in developing the muscle mass. Studies show that a deficiency in selenium may lead to the degradation and weakness of muscles. 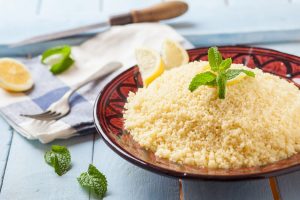 Helps prevent cancer. The selenium in couscous helps combat the proliferation of free radicals as well as some other toxins in the bloodstream and greater body in general. Furthermore, selenium also helps stimulate vitamin E and vitamin C regeneration, protecting the body against any further damage.

Helps make the cardiovascular system healthy. Selenium is one of the most important nutrients in couscous. This nutrient is beneficial in the reduction of plaque buildup and dangerous LDL cholesterol on vein and artery walls. Hence, selenium helps protect the body against life-threatening and dangerous conditions like strokes, heart attacks and atherosclerosis.

Let’s just say that there are many health benefits of couscous. However, let us also not forget that it is made of carbohydrates, so don’t consume excessive amounts of it, or your carb intake will reach dangerous levels.