There are some conditions which may cause discomfort to anyone, not only because of the pain it brings but also because of the unwanted appearance it has. One of these conditions is mumps, which may cause the face to swell from inflammed salivary glands. Mumps is also contagious, meaning it is transmittable between people. In this article, you will learn the different causes, symptoms and treatments for mumps. Keep reading to learn more.

Mumps: What Is this Condition? 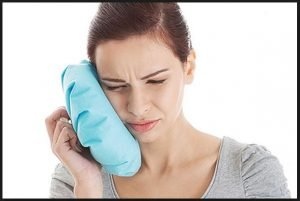 Mumps is a highly communicable viral disease that affects the salivary glands. Mostly affecting children, it is often characterized by the swelling of the salivary glands, thus giving the patient a bulged face. The affected salivary glands are what they call the parotid glands. In some cases, the virus may also cause inflammation of the meninges, pancreas, ovaries and testes.

Mumpss run along the angle of the jaw that is in front and below each of the ears. Children between the ages of 5 to 10 are most likely to contract mumps. Once you have been infected with and overcome the condition, you will have lifelong immunity.

Mumps is most commonly caught during the month of March and usually affects individuals, although there are some occasions of local epidemics among unvaccinated children. Although the condition is less contagious than measles or chickenpox, adults who are unvaccinated and have never had the illness are at much higher risk of its complications than the children. However, mumps rarely causes serious complications.

95% of all cases of mumps can be prevented by having a routine MMR vaccination during childhood. In 1967, there was a dramatic reduction in cases. Similarly, Canada’s nearly 30,000 annual cases in the 50s have since dropped to just under 100 new cases each year.

Mumps is because of an infection of a virus. It may be transferred by various respiratory secretions (for instance, saliva) from a person to another. In the event of contraction with mumps, the virus may travel from the respiratory tract up to the salivary glands and the reproduce. Thus causing the glands to swell.

Some ways that mumps may spread include:

Any individuals who have the mumps virus may be contagious for approximately 15 days. The mumps virus is actually a part of the paramyxovirus family, which is a common cause of infection, specifically in children.

The various symptoms of the condition usually appear 2 to 3 weeks after the patient has been infected. However, approximately 20% of those who have the virus don’t suffer any symptoms at all.

The initial symptoms of the conditions are:

Other associated symptoms include:

In rare cases, adults may contract mumps. In these circumstances, symptoms are generally the same, but they can get slightly worse or have complications.

Complications of the condition more often occur in adults than children. These are the most common: 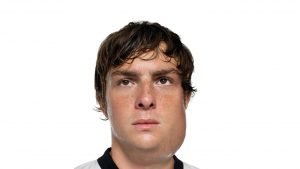 Because mumps is viral, antibiotics may be beneficial in treating it. However, there are still no antiviral treatments, even to this day. Furthermore, current treatments for mumps may only help relieve symptoms until the infection has run its course and the body has already built up its immunity, similar to a cold. In most cases, people recover from the condition within just two (2) weeks.

Here are some steps which may be taken to help relieve symptoms:

Mumps is a sudden and discomforting illness. However, with proper care, attention and medication, all of its symptoms may vanish.