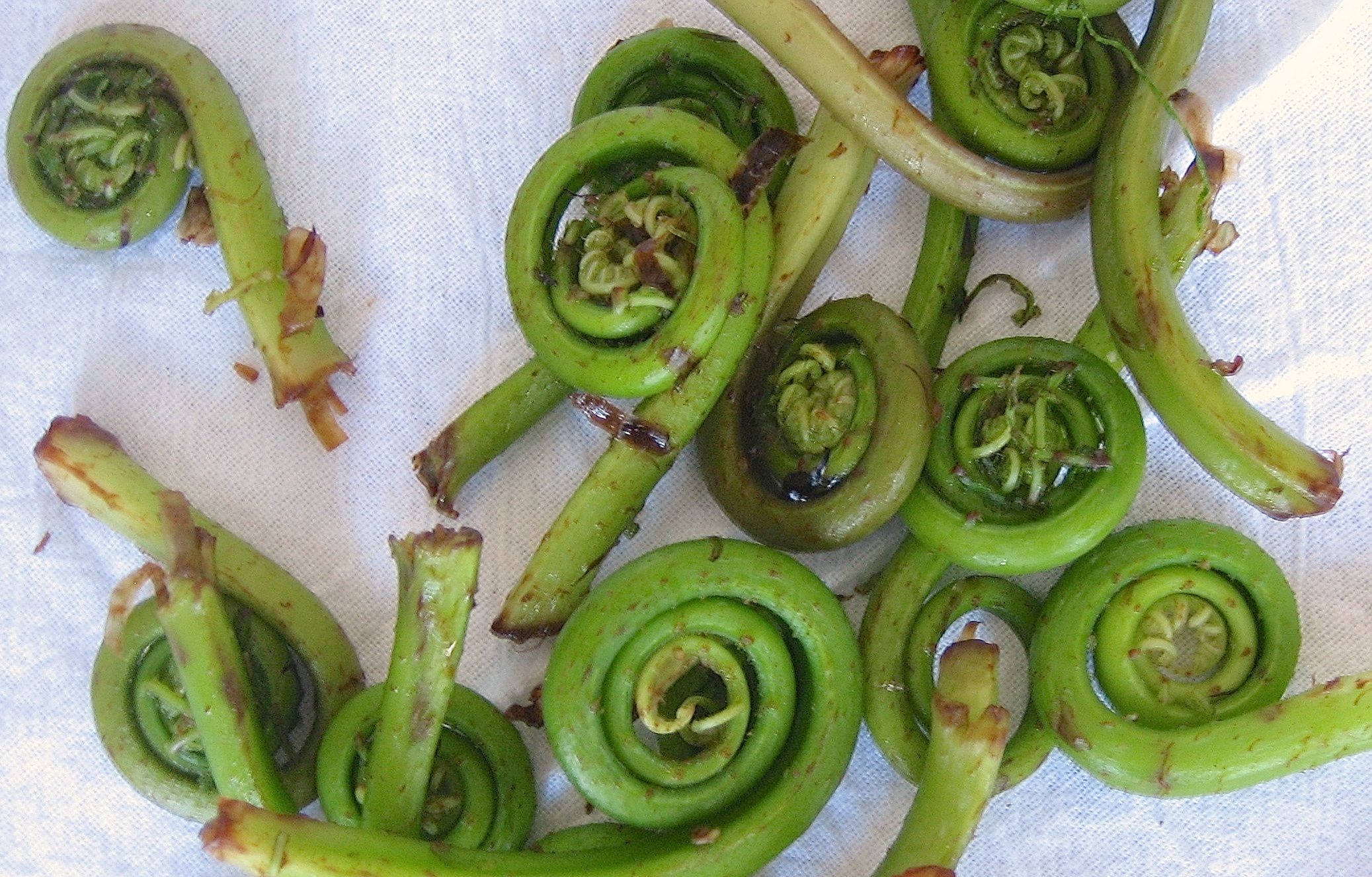 Spring season is a great time of year to discover various vegetables that are only available for a limited time. One of these is fiddleheads, also known as fiddlehead ferns. This is a spring vegetable, sought after during its available season. Its health benefits are something to look out for. Why? Because there is so much more to them than meets the eye! If you want to learn more about this amazing vegetable, feel free to keep reading this article.

Fiddleheads, or fiddlehead ferns, are tender, young, and tightly furled shoots that are a new growth. They are a part of the fern family plant, commonly the ostrich fern, and are named for their unique resemblance to the violin head. These young fiddlehead shoots are popular in many places around the world, but specifically the United States and Canada, where their short, late-spring season fascinates many food enthusiasts.

Scientifically known as the Matteuccia struthiopteris, the ostrich fern variety actually belongs to the Onocleaceae series, which is a unique flowerless plant species. Ostrich ferns are the bearer of fiddleheads and are actually the most common of all edible fiddlehead ferns available in North America.

During the spring season, a number of fiddlehead shoots erupt all along the length of the rhizome, which spreads along the big fern plant. The harvesting season for the fiddleheads is so short, it must be done even before the shoots unfurl. Each of the shoots is tightly curled, deep green color, measures about 4 centimeters in diameter and reaches about 10 to 12 centimeters in height. They taste similar to asparagus or green beans, but with a unique crunch.

One hundred (100) grams of fiddleheads has the following nutritional content: 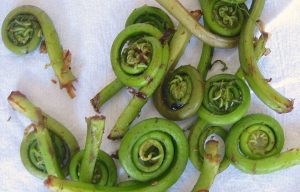 The vegetable is available at some farmer markets from late March until June. When choosing fiddlehead ferns, look for a deep or bright green colored fern. It should also be firm and tightly coiled; avoid buying the bigger and unfurled ferns, since they are unappetizing and tough to eat. The scales of the vegetable are a bit bitter and need to be removed before using it to cook.

Fiddleheads should be used when they are at their freshest. Otherwise, store and wrap them in plastic paper and place them in the refrigerator to maintain their humidity. This will keep them fresh for 2 to 3 days.

The health benefits of fiddleheads are staggering, benefitting the overall health. Some of these are as follows:

Fiddleheads are really amazing, aren’t they? Even though they only grow during the spring, they are worth a try!