A cough is an ordinary reflex action that clears the throat of foreign irritants or mucus. While the occasional cough is fairly number, incessant coughing is not, and it is often caused by a number of circumstances. Lagundi has been used since our ancestors were alive to treat coughs. So what is it? Keep reading to learn more! 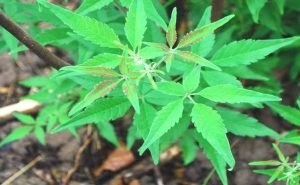 Lagundi is a shrub or branched tree that grows up to 5 meters high. It has a single thick, wood-like stem of a trunk and is commonly found in the swamps of India and the Philippines. Lagundi leaves have 5 points which branch out like fingers. The herb is one of ten herbal medicines certified by the Philippine Department of Health, most commonly used to treat colds.

Its restorative properties are versatile and plentiful, transforming the way in which we treat colds, asthma, the flu and more. Although it is generally used to battle respiratory problems, the Lagundi plant can do so much more. For instance, it can be used as a remedy for pharyngitis and asthma, but it can also lessen the discomfort of diarrhea and boils, reduce the signs of chicken pox and relieve worms.

The Department of Health has acknowledged the efficacy of this herb for respiratory conditions like the flu, asthma, cold, pharyngitis and coughing. It helps unbind and discharge phlegm. The DOG promotes lagundi as a natural alternative to western medicine, recommending a tea or herbal mixture for consumption.

has analgesic and antimicrobial characteristics, and its compound of muscle relaxants, chrysophanol D and anti-histamine properties can relieve respiratory issues. For example, it prevents the build-up of leukotrienes, chemicals that cause inflammation during an asthma attack.

In addition to the above remedies, you can get lagundi capsules, syrup and tablets from the market. The following dosages are recommended:

Other Benefits of Lagundi 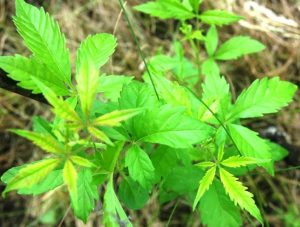 Today, lagundi is commercial manufactured and sold in capsule and syrup form, often mixed with other cough medications or herbs. It is safe for children and has no recorded adverse reactions, although you should always consume anything in moderation. If you symptoms persist for more than a week, consult your doctor.

Other Traditional Treatments with Lagundi

When it preparing these herbs, make sure you have the five-leaf type of , as there are many. It’s best to treat yourself with natural medicine than chemicals, that’s for sure!