In this world, there are people who have the privilege in terms of foods. I will ask you some question then. Are you thinking what you can add to the family feast menu? Do you eat different pizzas without looking at the cost? Do you eat expensive foods every day? Would you pick food than you can eat at the buffet and just dump the excess in the bin? If you answer these questions with a yes, then you are indeed lucky. Why? Because somewhere in the world, there are people who have more worry than that. What they might worry more is when they can eat again or dying because they lack the vital nutrients. Read on to this and get to know about the different effects of malnutrition.

That is why we will talk about the malnutrition or the lack of proper nutrition and the effects of malnutrition in this article. To know more, just continue reading below. 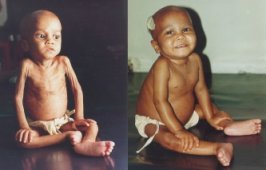 The United Nations Food and Agricultural Organization stated that in 1 in every 8 people are suffering from this disease. 31.5% of the children from the developing nations are undernourished and at least 14.5 % of the deaths of the children ages 0-5 are because of starvation.

The starvation and malnutrition have the distressing impact on the children, adults and the pregnant women. Moreover, they can also have severe socio-economic impacts.

Other effects of malnutrition:

But in general speaking, how can a person tell that a person is suffering from malnutrition? To answer that, below is the list of the signs of undernutrition:

So how about the obese person? How can you say that he might be at risk of malnutrition? Below is what you look for such a person: